We catch up with the ‘real beach boy’ prior to the release of Ramona Park Broke My Heart to discuss getting to know your own city, your own talents, and why he’s taking on his greatest challenge yet: getting to know himself. 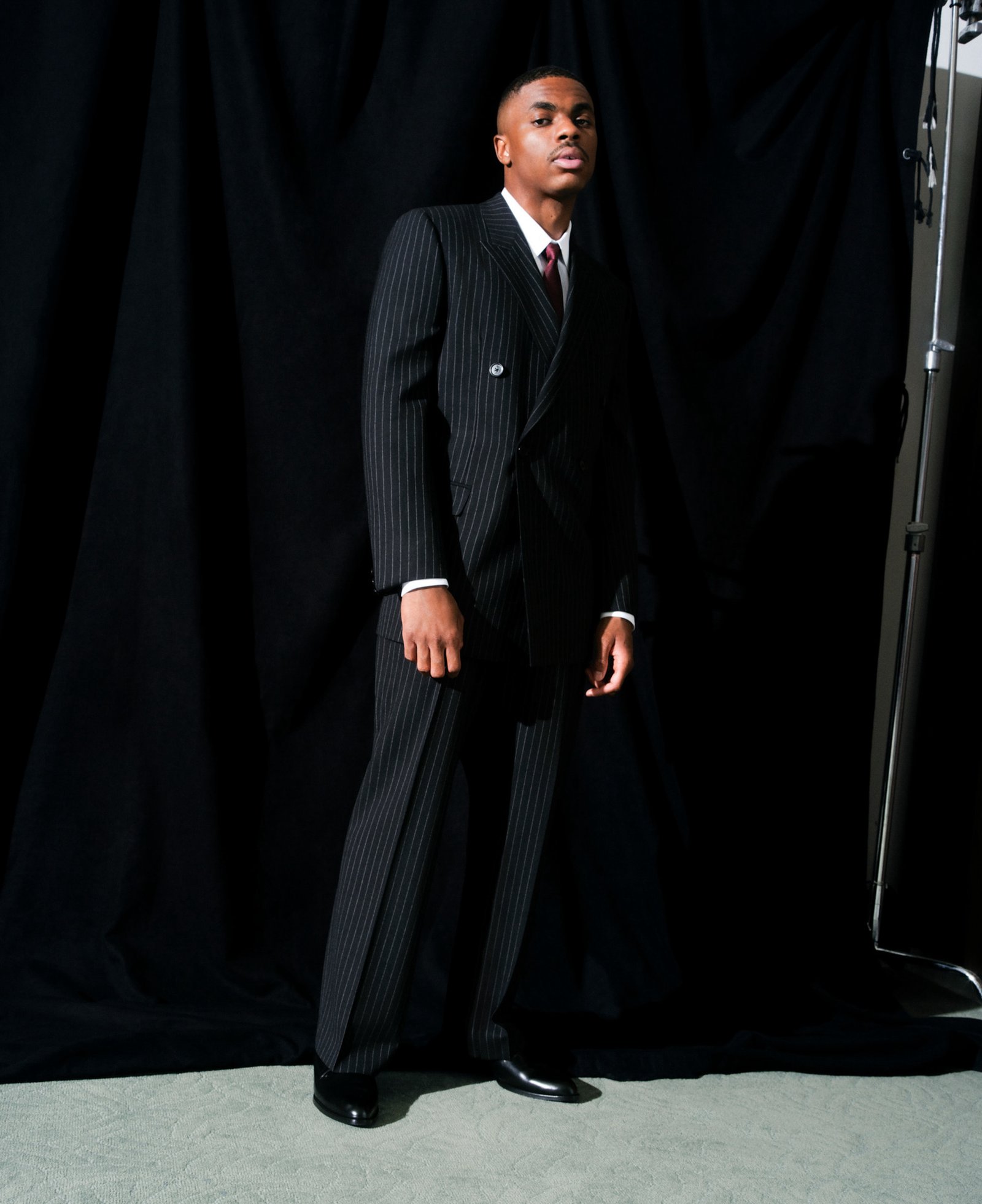 Vince Staples shows up to all parties alone. This is a turn of phrase, of course, because the twenty-eight year old Long Beach rapper doesn’t party (nor drink or smoke). You’ll be hard pressed to see anything but his tail lights after any local performance and he arrives at most places in his own car and on the phone, sometimes on a collect call. He pulls up to our Tuesday morning shoot in this exact manner and informs me immediately that we are in the ‘hood’ of Marina del Rey. I have not seen him in almost two years but this is one hundred per cent Vince. The ‘real beach boy’ always knows where he is. Armed with sarcasm he can give you a quick history of most neighborhoods in SoCal while swiveling his head to note all surroundings. He ends the call by telling his friend what street we are on just in case he dies. Later he’ll involve everyone in a conversation about the city of Paris and why he finds it unimpressive.


Vince tells me he’s been spending the pandemic alone too. This is the longest Staples has been home since he was in his late teens, touring almost 200 days a year for over half a decade. He took three years off in between his ‘FM!’ project and this summer’s ‘Vince Staples’ album but now he already has another project, ‘Ramona Park Broke My Heart’, on the way. He’s voiced characters in animated films and starred in an animated TV show. Now he’s working on a show for Netflix, a comic book called Limbo Beach (forthcoming 2021) and a podcast. But if you ask him what he is, he’s more likely to give you a list of what he’s not: a musician, an early member of Odd Future or a big household name included. He has no ambition for these things and though he’s expanded his world many times over, he still finds his creativity close to home. We sat down to discuss getting to know your own city, your own talents, and why he’s taking on his greatest challenge yet: getting to know himself. 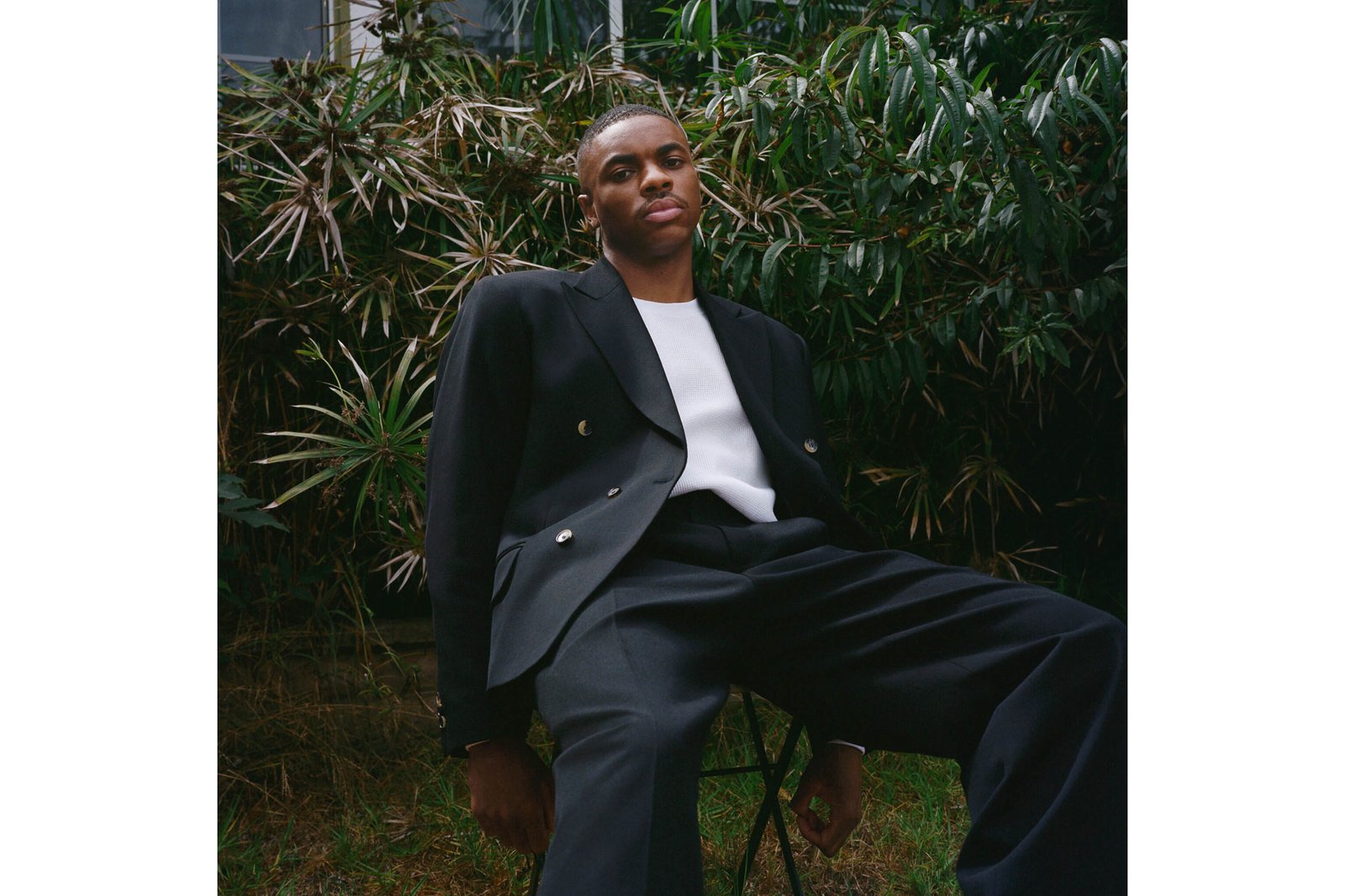 Judnick Mayard: So one of the things I’ve admired about you since we met six years ago is that you don’t have a clique. You’re not really part of anyone’s crew in rap and you always show up with the same couple of people, if that. Why do you move so solo?


Vince Staples: I mean, gangs. I wanted to change my life. So that was a conscious decision. I didn't want to bring anything that was reminiscent of what I was trying to change into my current plans. I was always by myself when I was a kid. I don't really feel the need to be involved with people but also we automatically equate gangs with negativity. We equate solitude with sadness. We equate numbers with power. So it's like, I understand why things are viewed the way they are but it's just never something that I was into. 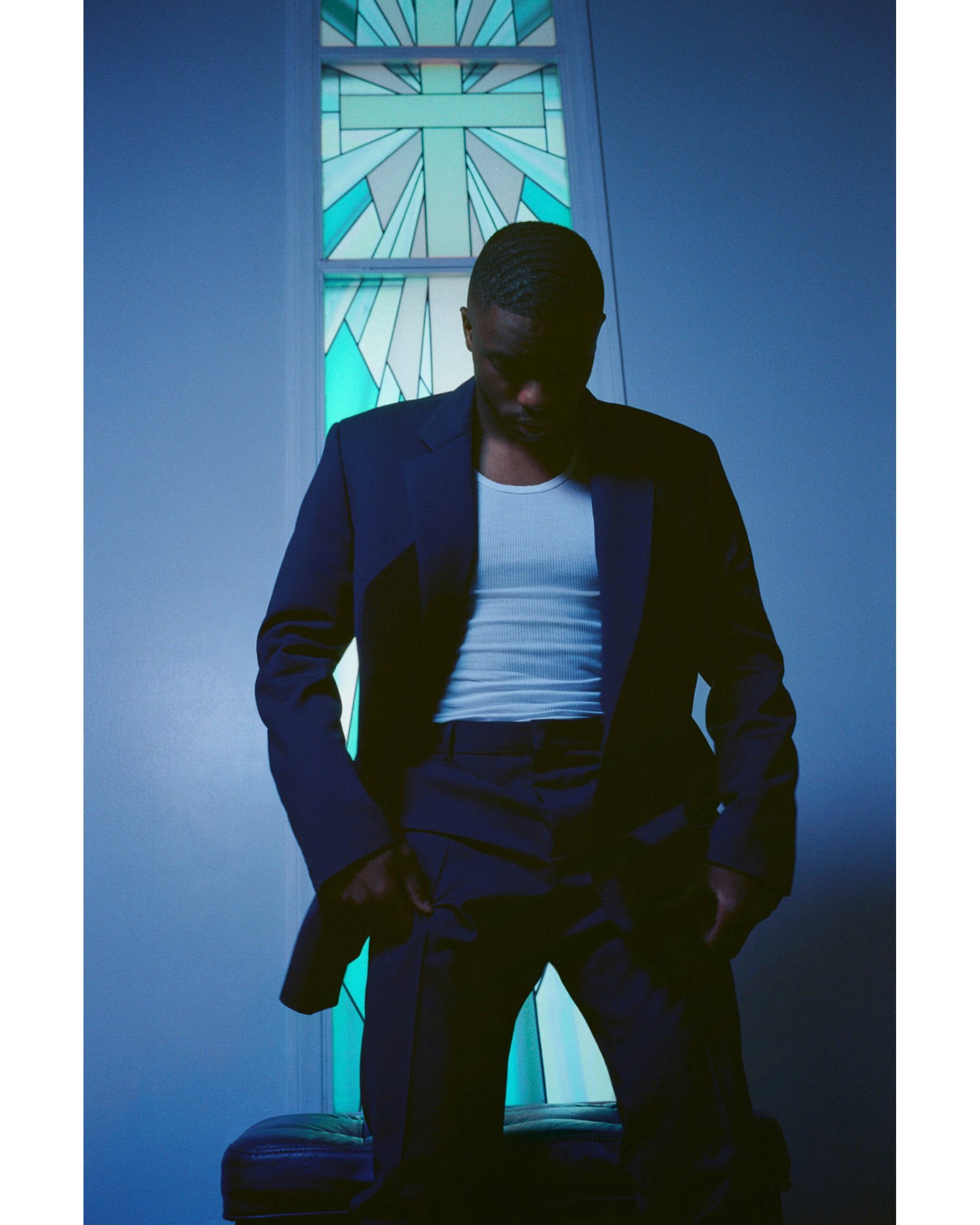 
VS: My only push back on that would be that life is life or death. If you spent one hundred per cent of your time in a neighborhood which you're from, your commitment to and acceptance of that is different. I think that that's something that we ignore, because you know, we heighten certain things. Especially where I come from in California. If you look at the timeline, ninety to ninety-five per cent of the time, nothing bad happens. That other five per cent of time where things happen is what you end up being more startled and shocked by. You think about rappers like Tone Loc or Mr. Frosty; dudes that grew up in the height of gangbanging and they were making ‘Funky Cold Medina’ and party records because those kinds of things were normal. So it wasn't really normal for bad things to happen. Then when I was growing up, it became normal because we convinced ourselves that it's supposed to happen.


JM: I wanted to move to L.A. in 2013 when I first came here, but everybody I knew from here was either a transplant or white. I didn’t want to think of it as a scary crazy place. It wasn't until I met you and [DJ Westside] Ty in 2015 that I decided to move because I finally got to know Black L.A., because in New York I grew up in a Black neighborhood and I was never scared of that.


VS: You didn’t know what you're moving into. The thing about Ty is, Ty grew up in a good neighborhood raised by hardworking people. And Ty still has all the understanding and the situations that I had, and the people I write for. There is a sense of familiarity where you don't look for it. And I think that's very important to try to put back into the world.


People say I’m smart, but based on what metrics? I didn't graduate from high school. So we have to eliminate these borders. I have the opportunity for people to pay attention to the details of what I'm saying, so now I'm smart. But I've heard very, very profound things from people that others don't see to be profound. We see it a lot in art and music; people crying out for help, or getting into details of really specific things and it's not accepted from them. But I think that's our responsibility as creatives and adults ... to try to champion or highlight, where we all are saying something important. 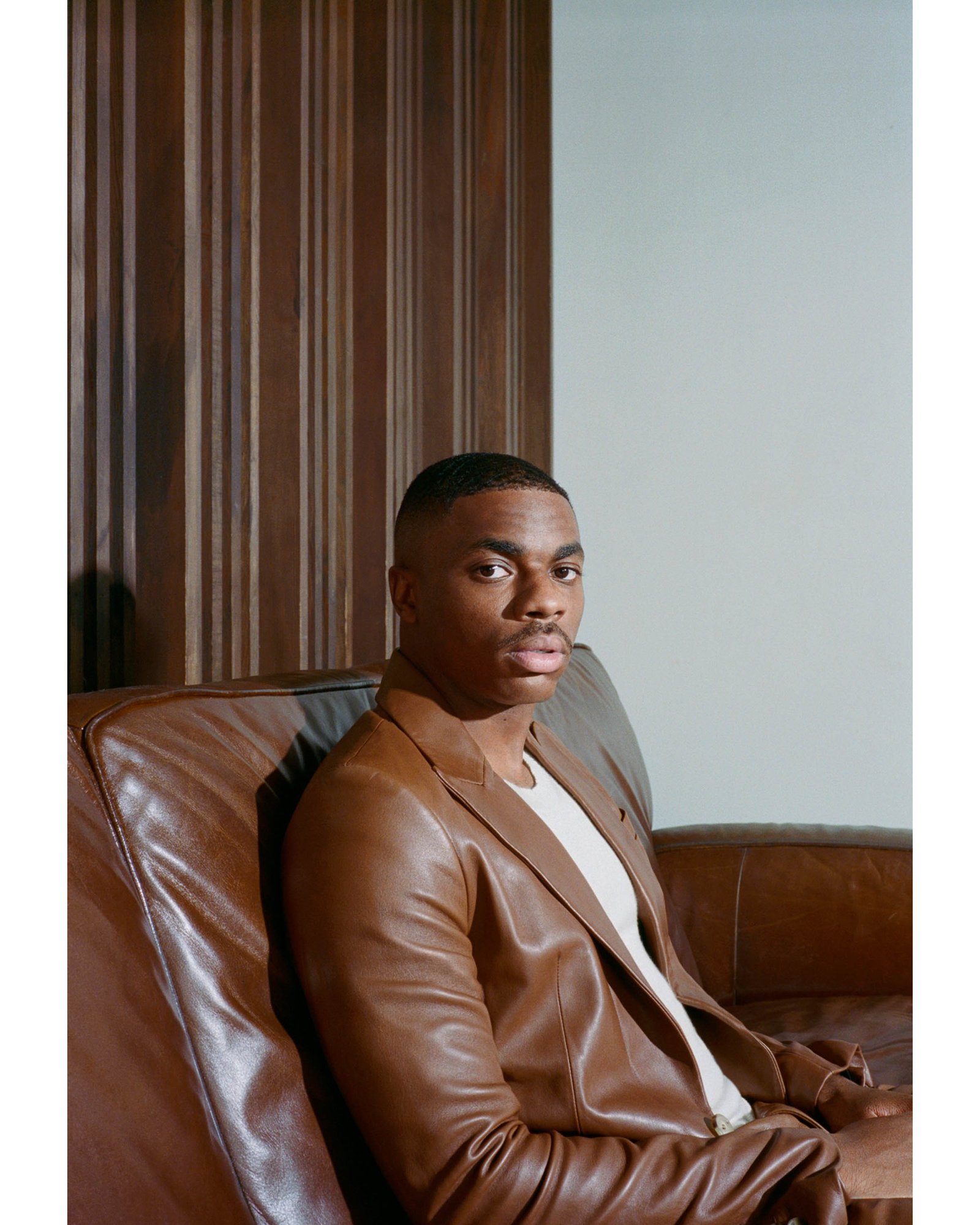 JM: Growing up in New York, I went to schools that were way out of my neighborhood. My parents wanted me to follow the Upper East Side culture and it was very hard for me to explain to them that that was not my community. And dressing like that wasn’t going to make me feel anything. What makes me feel good is when I come home from this stupid school and I sit and smoke weed with people outside because that's how I find out about music. That's how I find out about what Black kids around me are doing. But my mom was like ‘go over there and learn some new shit. Assimilate!’


VS: Escapism, because they left their country. People of all races have our own cultures and our own things. But we kind of take them for granted because we don't understand the significance of it until you go to the school that's not at home. You have to be displaced. Because that's really what it is, you're being displaced. I remember going to Atlanta and coming back home and being like, ‘Man, it's really nice out here.’ But that doesn't stop me from knowing that this is the hood. I don’t care if there's a five million dollar house on the corner, this is still the hood. They don't have a fear of putting their unique house in the hood. They don't have that fear. We do ... and that's what I do with things that I make. People be like ‘Oh, you should write a song from this point of view, like, it doesn't have to be about you.’ Well then, there's no reason to do it for me personally, because I'm not doing it for any other reason, except trying to work out my own understanding. 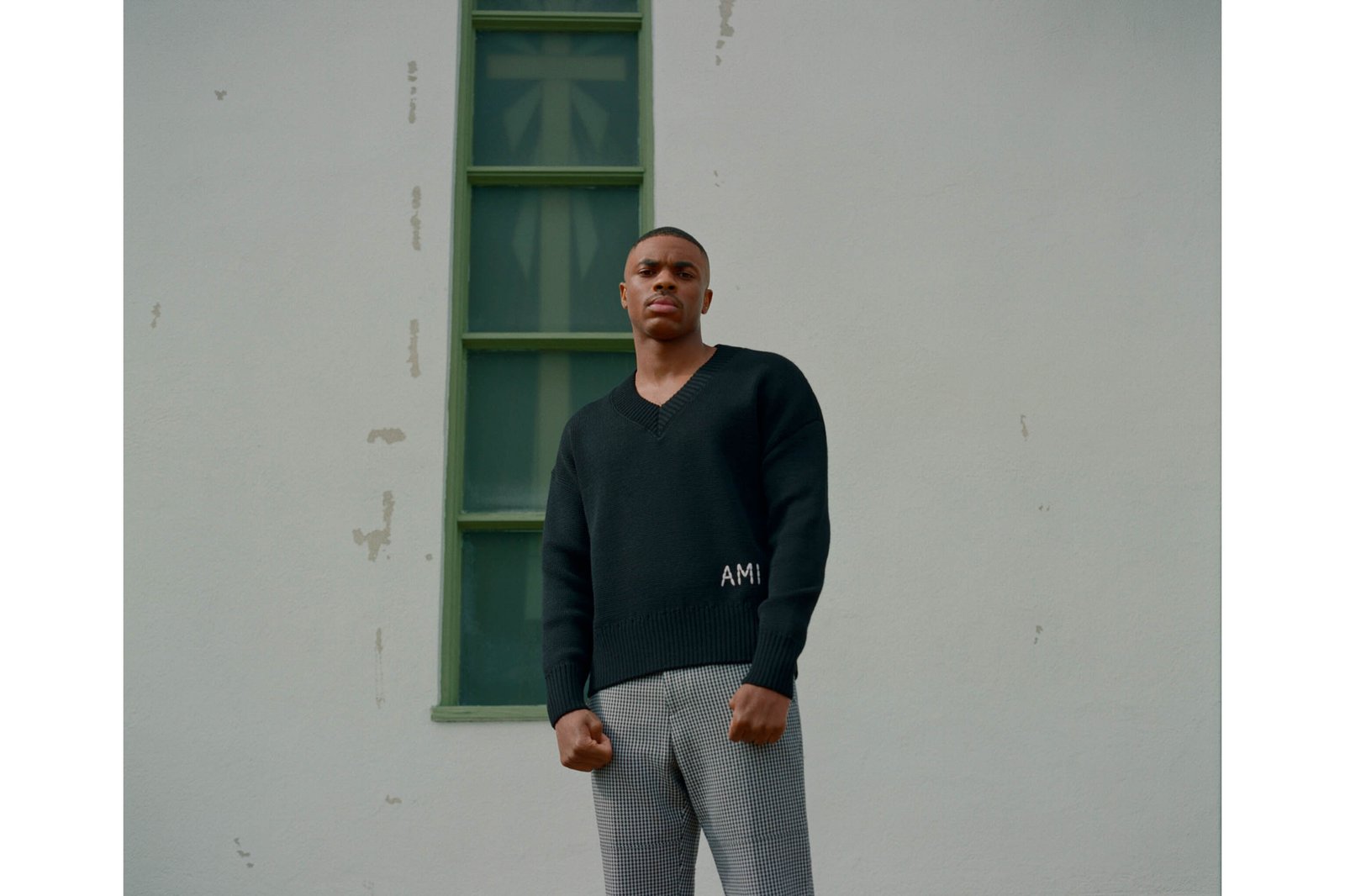 JM: Especially when it comes to home and community. People need to know they have things in common and when someone is outside of that commonality it can get so weird because there’s a resistance to understanding.


VS: Music is my greatest learning experience. I dropped out of school when I was fifteen, so for those next few years, I was just on the bus. I was at a point where I kind of didn't want to go home because I was trying to move away from certain stuff. It was reparative for me to go to other places. I had never been to L.A. before. I knew where certain hoods were from just getting in trouble, but L.A. is so far. I was on the Disneyland bus or the blue line if I had enough money because the police get on the blue line, they don't get on the bus to check the tickets. So I'm catching a bus for two and a half hours to all kinds of places I've never been just to go sit down and watch people make music. And it wasn't about the music, it was just about that escape. 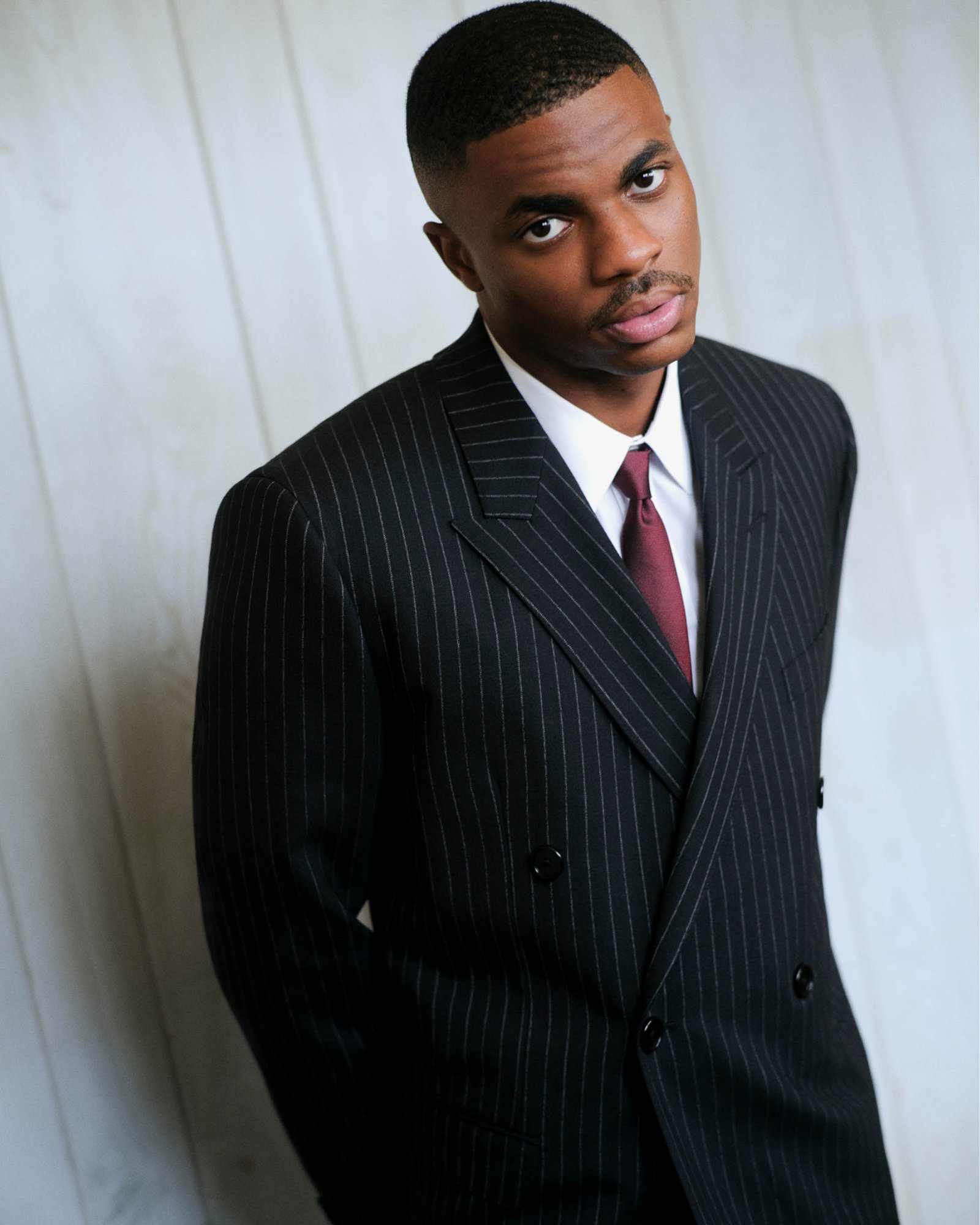 JM: See there's all sorts of narratives about what it's like to grow up in New York, and I'm constantly telling people, like, that ain't me. I grew up Haitian in Brooklyn on The Junction. Similarly, I watch people react to you and where you’re from all the time. Is it worse when they are surprised at how smart you are? Or when they try to expose you to culture because they think you’re only hood smart?


VS: Neither one of those. The worst is when people are scared of me for no reason. Scared, intimidated, I don't know what it is, but I don't like that. I don't like to joke about [being in gangs] because I'm a regular person.


And I think that's just from people not knowing. Fight or flight is just human nature so you can't act like that's specific to where I grew up. It's a thing that happens in the world. But when it comes to stuff like that I think the most important thing to learn on your journey is how to react. I'm grateful I know how to react because I remember when I first got started in music, I took everything as a negative. So that's one thing I'm learning is how to take things as a positive. My understanding of life is growing. 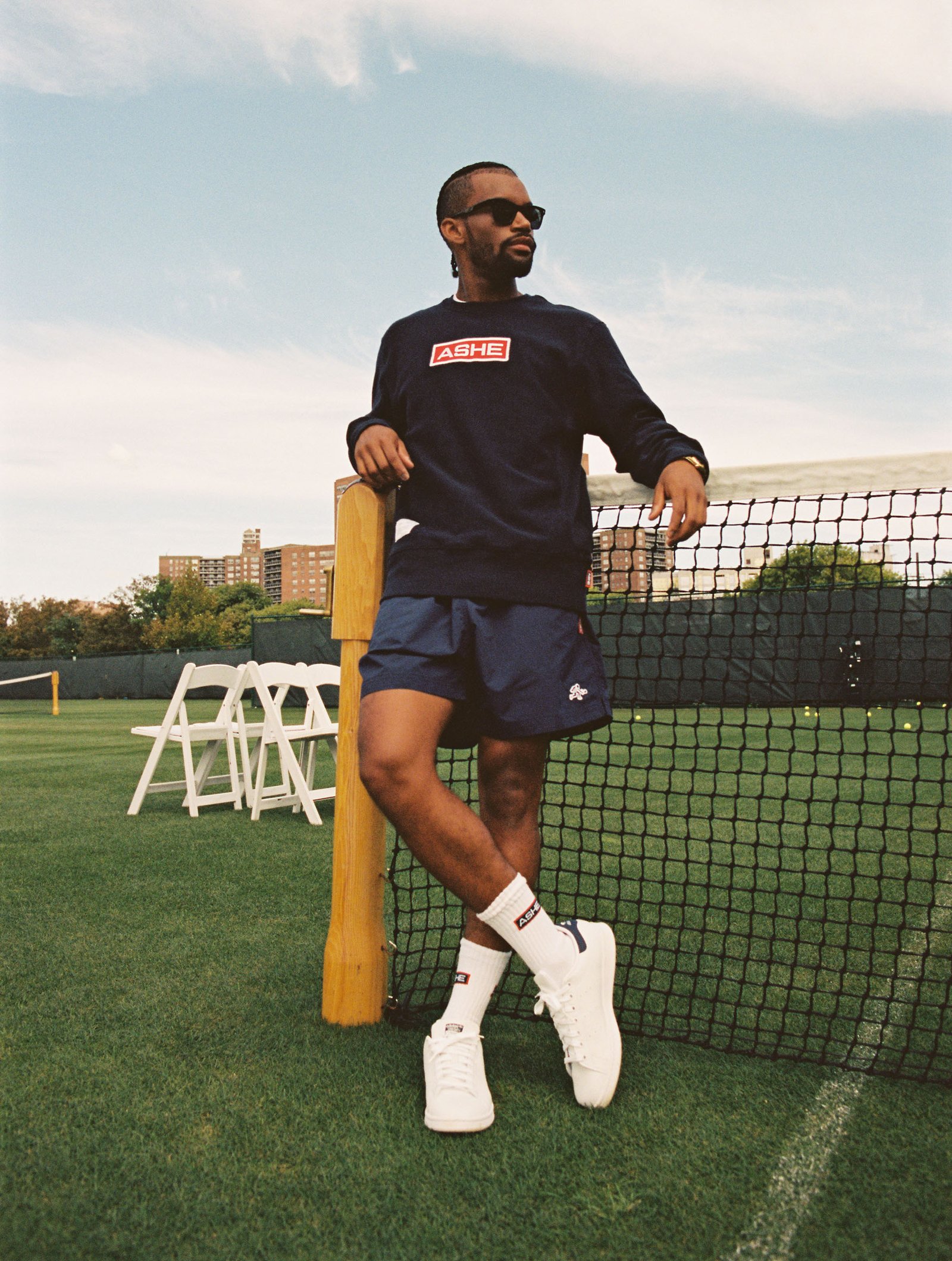