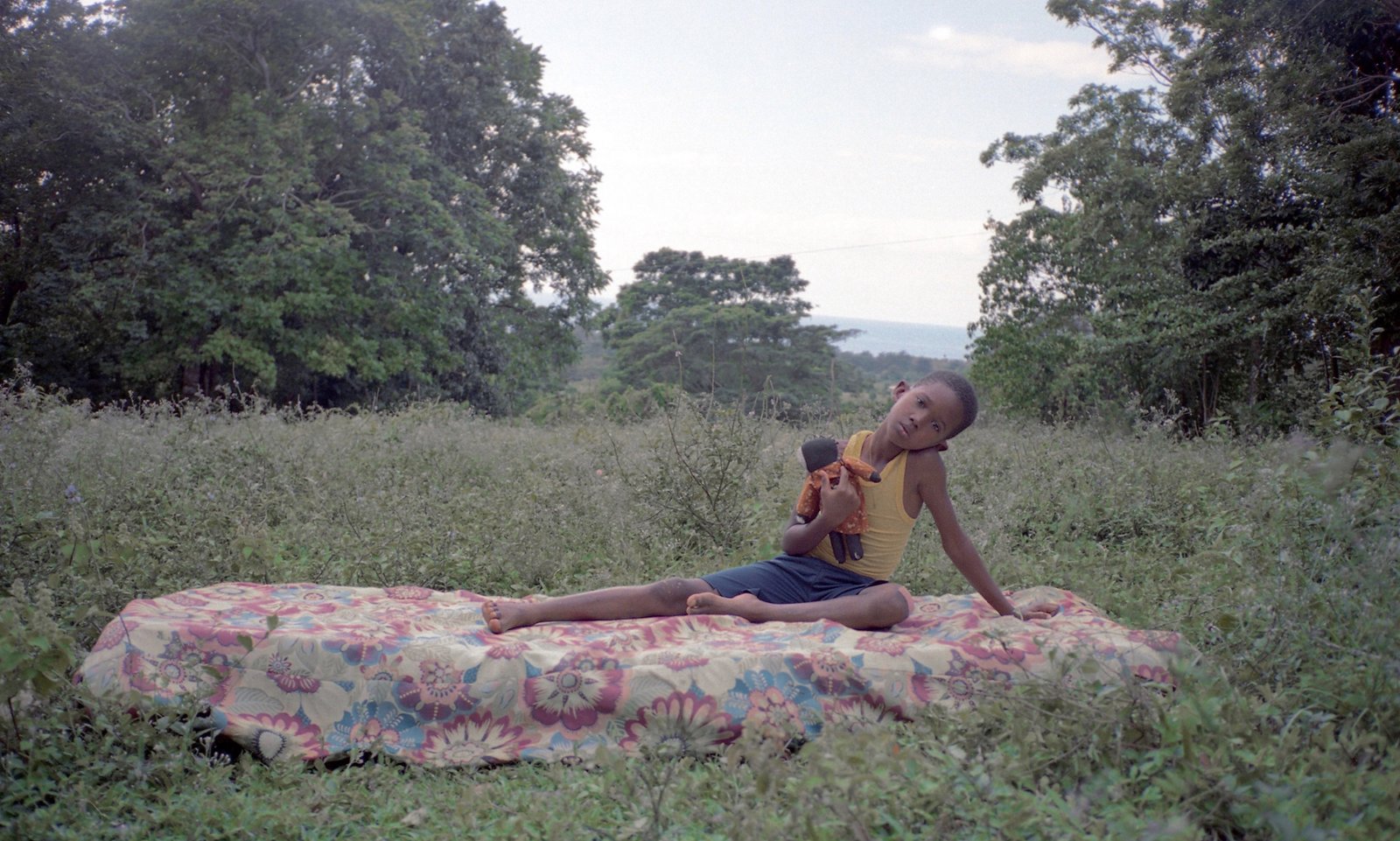 The 21-year-old British-Jamaican filmmaker drew on semi-autobiographical moments to explore motherhood and gender expectations in Port Antonio, Jamaica. The short film MADA will have its US premiere at The Slamdance Film Festival on February 12th, 2021.

When did your relationship with film begin?
In a way, I fell in love with cinemas first. I had really big problems with panic attacks when I was younger. The only place I felt comfortable going other than school was to go to the movie theater near my house. And they only play so many films. So I started going to the same movies over and over again and started really watching how they did, what they did. I remember watching Luca Guadagnino's film A Bigger Splash a lot, and Mike Mills's film 20th Century Women maybe seven times. Just working out how those directors crafted those films and becoming aware that there were people involved beyond actors. I've watched films obsessively since I can remember, but I think the love came later on.


This is your directorial debut - how many scripts or ideas did you go through before landing on MADA, and what made you want to tell this story as your first foray in filmmaking?
MADA went through many different incarnations to get to where it is now; much more stripped back than the original drafts. I've always felt a little torn about the image of Jamaica. It's a very complicated place. It has a lot of truths co-existing. But I think offering if I could, an alternative to the fantasy interested me. And also, in a way, it makes sense to start where you come from.


Can you tell me about your connection to Jamaica?
My family. My mother lives there, I took my first steps there. It's always been a big part of my life.


Did music have a significant influence when making MADA?
I always listen to music when I write. It doesn't have to match with what I'm writing. However, I did have a playlist for this film, which I sent for people to listen to while reading the script when I was trying to get funding. It began with St. Martin De Porres by Mary Lou Williams, There Are No Words by Todd Rundgren, That Far Away Look by Lorez Alexandria & Mexican Dream by Piero Piccioni. I listened to those songs over and over the closer we got to filming.

Tell me more about including St. Martin De Porres.
I originally wasn't going to include any music. I wrote the night cues as this orchestra of insects early on, and I thought it would be more interesting to just have natural sounds. It's a really quiet film. Jamaicans are very physically expressive, so I wanted most of the film to happen in what the characters do rather than what they say. Kevin Gilligan, who did sound, told me he was always picking up at least three different sounds simultaneously wherever we went - cicadas, basslines, someone yelling. That kind of blew my mind. So he soundscaped everything, adding all these layers of sounds that he collected. But I felt like it needed something as an intro and outro. I wanted to make the film feel more like a prayer. So we ended up using that song.


MADA has such a warmth and gentleness to it. Was this something you were cognizant of achieving?
Yes, and Matt P. Jones (DP) captured it really beautifully. I also knew there was a contrast I wanted to capture that comes with country life, where things are slow and calmer and more of a religious value system, but life is also treated as more expendable.


The cast also had such natural dynamics; how did you go about the casting process?
Asoya Smith, who plays Faith, I saw while working as a production assistant on a film - where she was a stand-in; she'd never acted before. She just embodied who I'd been imagining. For Ethel, I searched many supermarkets and churches - and found a Minister and convinced her to audition after service in the pews. Then the first day of filming, she just dropped out. Asoya suggested she bring her mum, Brenda Farmer, the next day instead. And Brenda has this extraordinary presence. Casting, a real-life mother and daughter, was really special. Xavier Alexander-Keating, who plays Luther, is the son of a neighbor. As soon as I met him, he just had the essence of the character and this emotional, light-bulb quality. They all had this strong sense of stillness. Voice is also essential to me. I think it's important the texture of the actor's voice works with their role, so I again listen carefully to that.


You did the sets and costumes yourself; what was that experience like?
Sets were more challenging just because the budget was so small. There was a hotel I really wanted to shoot inside of, but they wouldn't let us. So you rely on favors or hopping out a van and just shooting, which is also challenging, but I like working that way. It leaves more chance of surprise. I wanted to find sets that matched the character's arcs.
For Faith, we see her in a lot of patina and rust, as if her own paint is cracking. Luther's arc is dictated by his nature, so you see him within nature often or underneath a structure, while Ethel's conflicts are all domestic and internal, so we see her mostly within the home.
I talked about this movie a lot called The Misfits, which I love, which Arthur Miller wrote, where everything is really wide or really close up. So you get a sense of these people in these environments, which have more significant connotations than they do as living people, but then their emotions are centered. So I looked for colorful things like Asoya wearing an old Rudy Gernreich polka-dot top or Ethel in my Lacoste sweater. Because it's a story about human nature in a post-colonial place, everything the characters wear is a primary color. They're highlighted within this wider environment and construct existing around them.

MADA explores a matriarchal culture and gender expectations in Jamaica; for those not familiar with Jamaica and its culture, how do both these themes exist in Jamaica?
It's a place where many children are raised by single mothers, and women have a lot of power and are incredibly tough, but there's also a lot of drawbacks. I wanted to explore how perceived femininity in someone, other than a woman in a matriarchal culture, can subject someone to violence because of misogyny at the core. That became the conflict of the film. These mothers love this boy. But in a death-dealing world, they want to protect him, even if it means going against his nature to his detriment. And to have all of this going on in this setting so close to nature. All those parallels drew me in.


How important is drawing from your lived experience when you write?
Not always important, but it's at the center of all the stories I want to tell. But I'll also find degrees of separation by changing the settings or the characters and elevating the idea. So it begins with memory, reflection, and then comes images, and then for me, it's about finding a psychological narrative that weaves it all together. So I'm close to it, but also really, really distant. 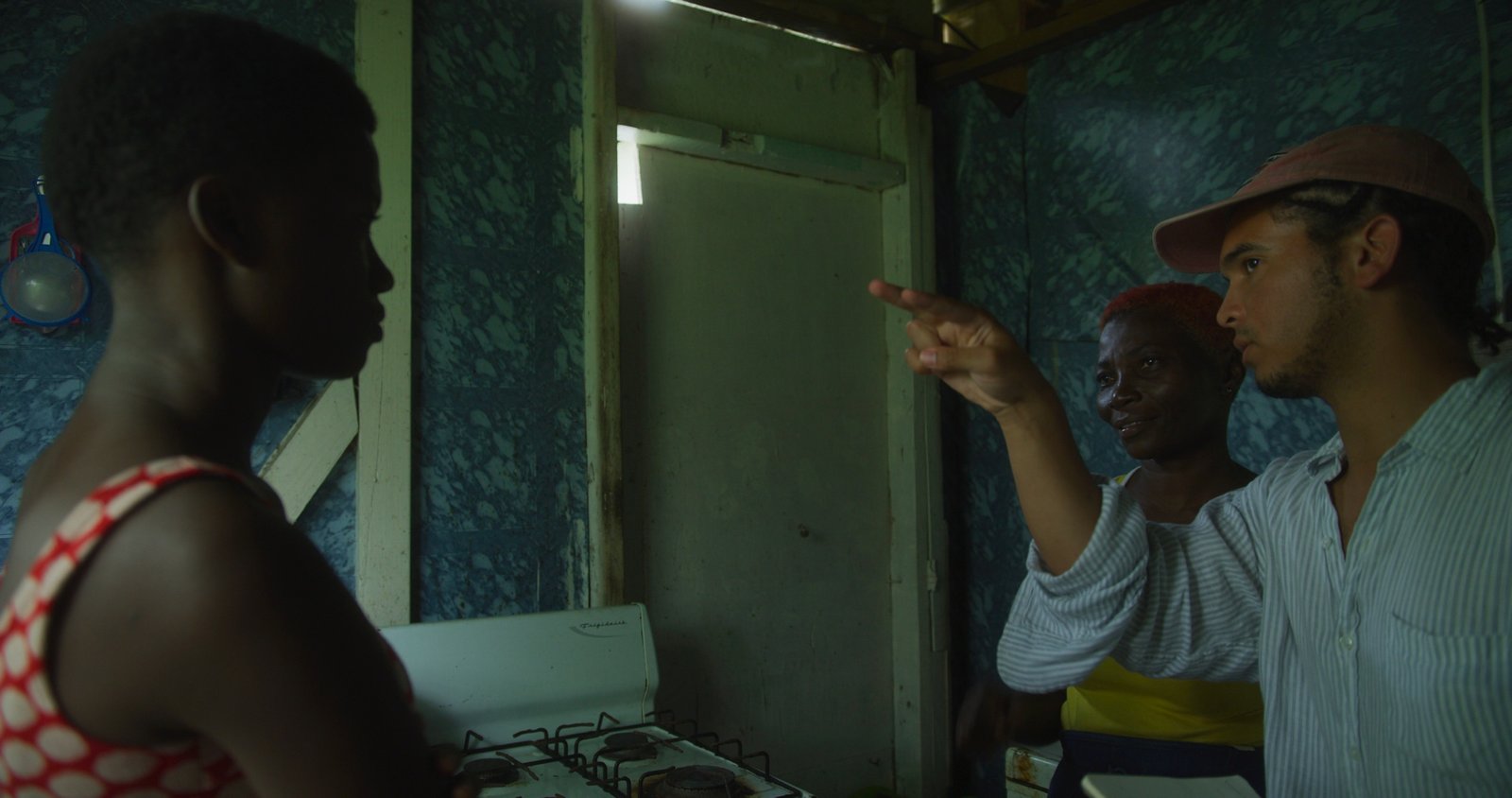 MADA premiered recently at Leeds International Film Festival and will premiere in the USA at The Slamdance Film Festival shortly. Festivals have entirely changed with the pandemic; Slamdance will now stream via Apple TV, for example. How has it been launching the film in this climate?
Really hard, actually. It's been hard to gauge people's thoughts and reactions to the film because of the virtual element. You're meant to be in a room with the audience. I was also hoping to see some parts of the world I hadn't and get to see this film on a big screen. But I'm happy and grateful to be a part of these festivals, which are adapting so well.


What has been your biggest take-away from the experience of making MADA and bringing it to life?
The biggest take away came down to not waiting for permission to tell your story however you want to tell it. I felt like I came to a better understanding of the stories I want to tell and my own perspective, and that was kind of magical.


What will we see next from you, or what are you working on at the moment?
There's a documentary on a rapper I'm trying to make, and I've been writing a love story set in South London, where I'm from. And I'm working out a special way to put out MADA this summer. 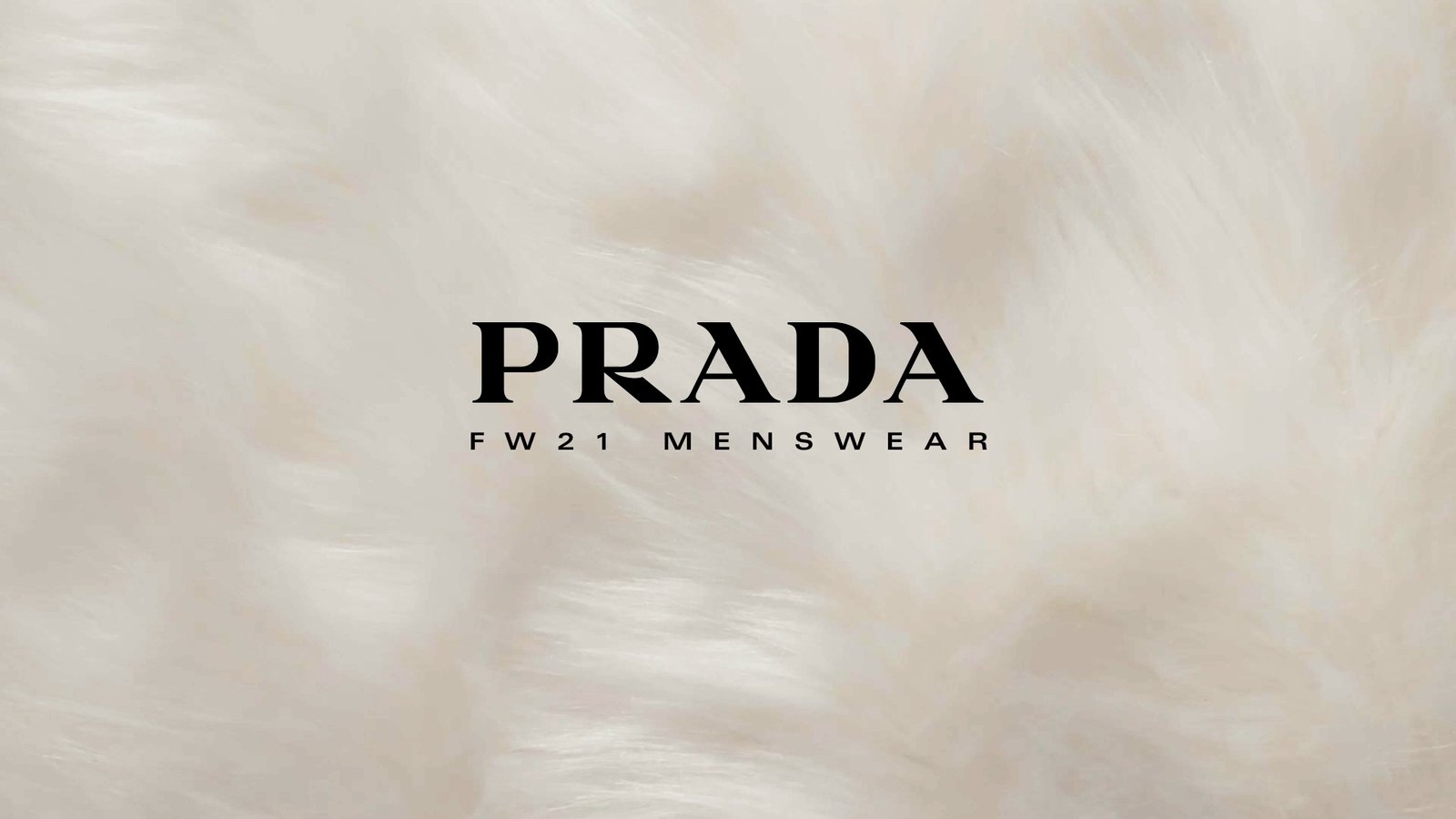