The Central Saint Martins graduate and Australian emerging designer, speaks on the importance of supporting your local garment industries. 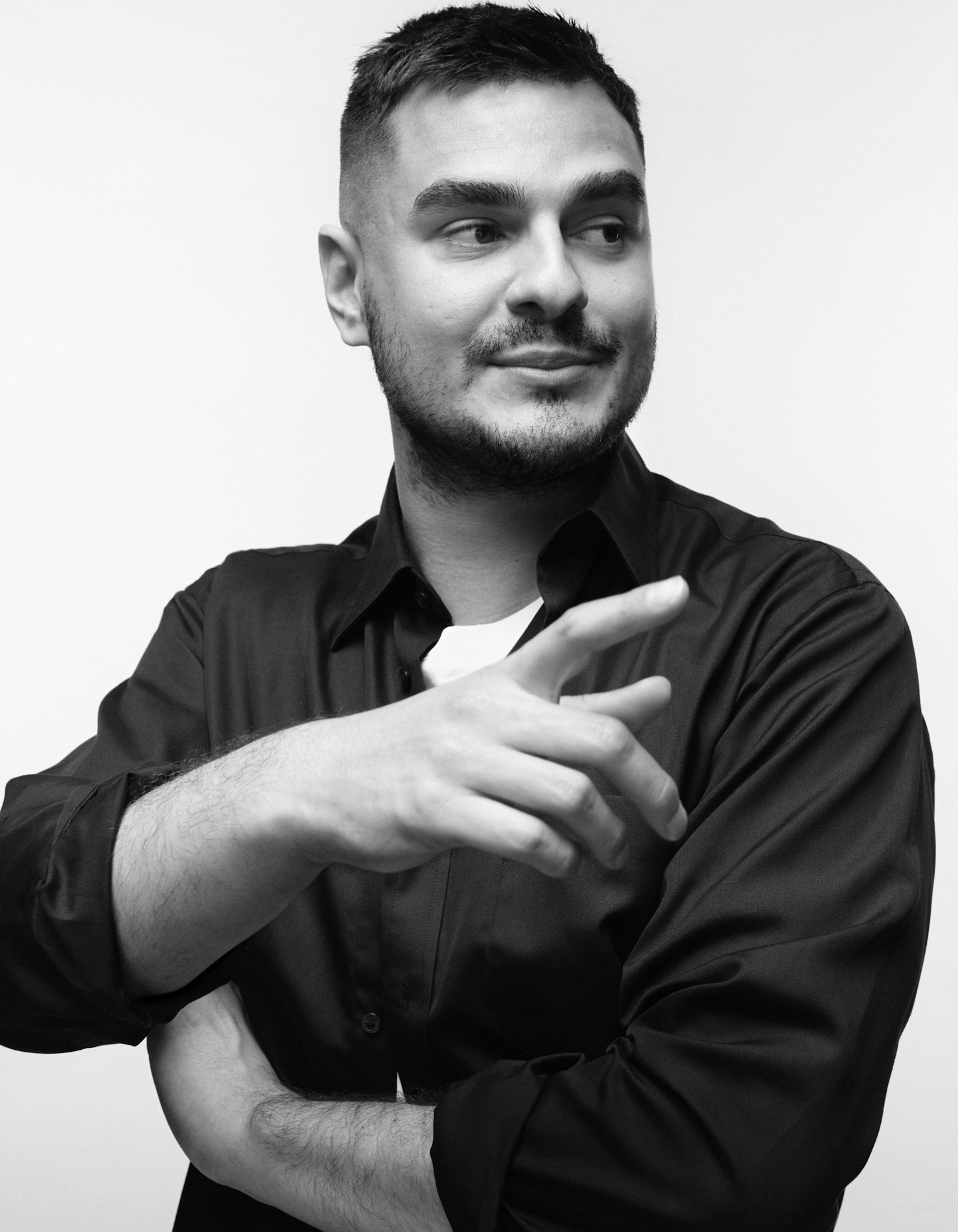 On beginnings: I studied fashion, but even before that, I always wanted to do fashion. As a kid, I was always drawing and illustrating — never really making clothing, but always illustrating clothing. And then one day, discovering the internet, I found all these amazing designers, most of which didn’t work in Australia. They were all in London, or in France, or Italy. But they had all gravitated to the same place of education: Central Saint Martins.


Even more than a formal education, I always thought that experience was important. So when you’re somebody that does come from a mobile part of the world, and if you’re able to do it, studying in a place like St. Martin’s where the approach to fashion is very nurturing and creative definitely helps.


On projects, personal and professional: This last week I've just finished my Spring/Summer '21 collection. At this point I would have normally gone to Paris, because that’s where I sell. That's my show. But this year, it's all very different. So I showed in Sydney, and it was all sold — the showroom was all done virtually. But that suited me this season; I’m happy not to go to Paris and to sell to buyers in person, in the physical space.


Personally, I'm actually doing a lot of painting these days, which is something I've always loved, but not really had time to do, as I've been working. But I've managed to do some painting for some friends that have commissioned me to do some stuff. When I started painting it was portraiture - really traditional Renaissance portraits - but I don't really do that anymore. Now, I prefer to do more expressionist landscape stuff; more aesthetic stuff. Especially when it’s commission based, I’m happy for it to be a combination of what the client wants and what I’m able to paint.


My painting and designing are totally separate. I do think that there’s space for them to be connected at some point. In London especially, I have friends who collaborate as designers and artists, and it works really well. But I’d probably not do it, because I don’t think I know a better way to do it than what I’ve already seen. 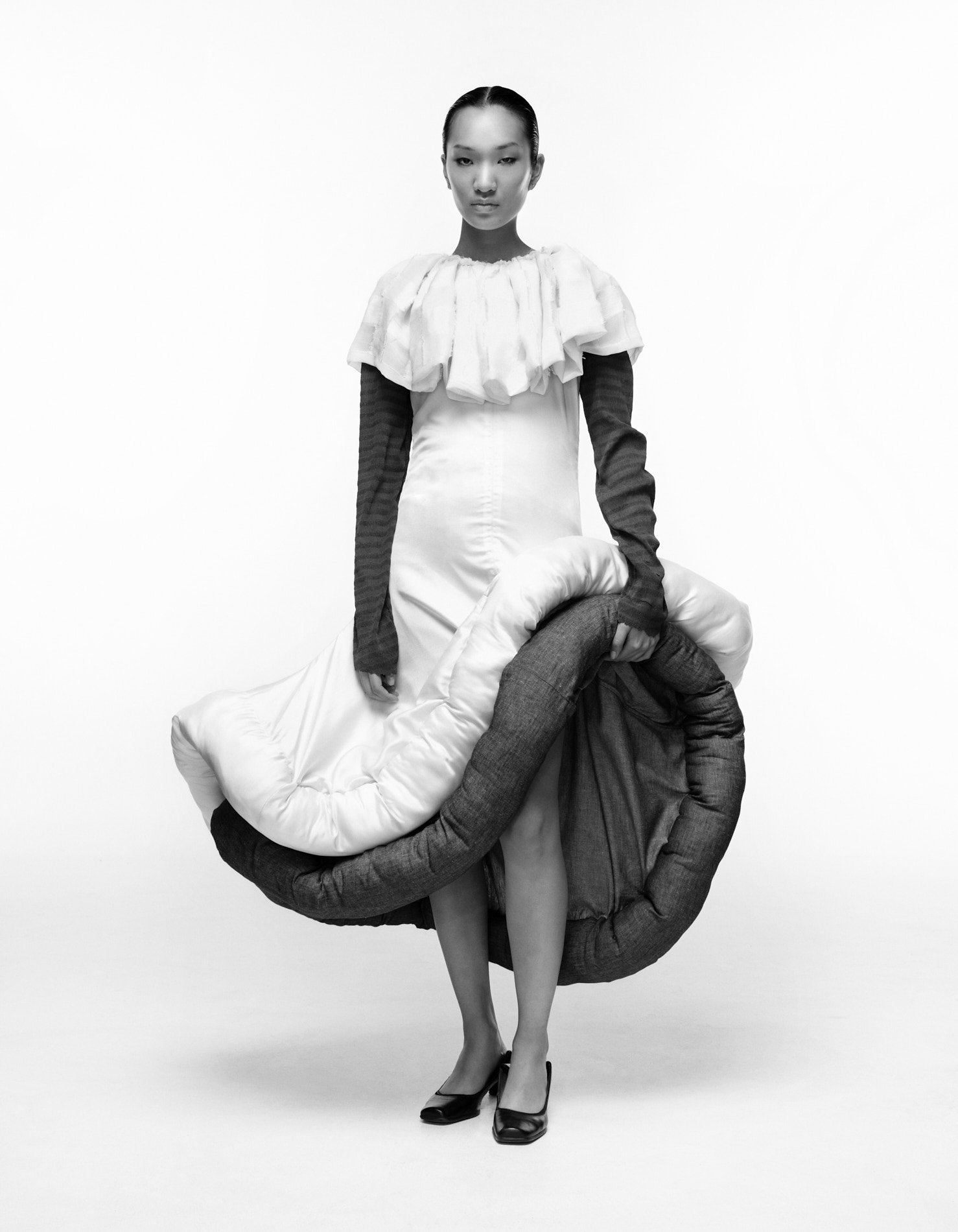 On making local: Being based in Sydney, and having a community of people that are able to help make what I do come to life, that’s so important to me, and it's so hard to find. In Sydney, our industry, and a lot of our creative industries, have been taken over by places like Vietnam and Bali, and China. When I see machinists that are still based here, and patent cutters, and other people that are experts in their craft, who have stood the test of time when there's so many reasons why small scale industries would have already shut down it makes me happy to be here. When I see dye factories and dye houses still here, when most big fashion companies now don't support these kinds of scenarios. To me, that's what I think of when I think of community, my everyday supporting the people that are around me as a fashion designer. I think that's a responsibility I have as a designer based in Sydney.


On success: Even though I’m proud of the achievements I’ve had, every new one becomes a benchmark. As soon as one thing happens, I’m thinking about the next. I don’t think about what my achievements are, I just keep moving forward. In saying that, my biggest achievement is being able to make a relatively successful business without compromising what I love. I make the fashion that I feel needs to be out there without the influence of what buyers think I should be making. I could make what I know would sell very quickly, but that’s not what I love about fashion. I love that I’ve been able to find a space in the world of fashion where I do exactly what I love, and still pave a path of success through that.


On failure: The failure that I've learned from is stressing, worrying, and allowing that to breathe a negative light on what I'm doing. But in general, I feel blessed. Luckily, I’ve not really experienced anything that’s been too trialling. I don’t want to present as if I’ve never struggled, but I’m just very grateful.


Really, my stress levels are the thing I see as my flaw, but stress is also what makes me continue to do the things that I do well. Ultimately, stress is like a spectrum: you can place level 10 stress on failing a deadline, when really it’s only a level 5. I’m learning how to scale it.


On family history: My grandma had a knitwear factory. She was into fashion, and I think there was a similarity between us, not just because we both like fashion but because she was a bit of a classic kind of character, and people tell me that I am too. Maybe she was quite similar to me — it would be nice to have a conversation with her.


On the future: I’d like to take forward a little bit more patience, and a little bit more understanding, letting go of this demand that you always be ‘here, now.’ All the disruption this year has shown that business can get done from the other end of the world, without needing to physically be in the space, rush around. I want to carry forward this mood I’ve felt in my work lately of not being so rushed. I’d like to see more staggered schedules, not everyone having to be in the same place at the same time. It seems to me that fashion doesn’t actually have to be as stressful as it sometimes has been.


On what makes him smile: My partner, he always makes me smile, because he's my biggest supporter.